Comments Off on Paths to development and “The Second Machine Age”

Paths to development and “The Second Machine Age”

Was fortunate enough to attend an event with Erik Brynjolfsson and Andrew McAfee yesterday discussing “The Second Machine Age” (coming out Jan. 20).

It’s in the same field as Tyler Cowen’s “Average is Over”, discussing how technological advances might reshape society – with emphasis on “might”, as they see room for current decisions to affect future outcomes.

I think we’ve heard a lot about how as machines get smarter and take over more cognitive jobs, the big question is what those displaced workers will do. As much as this will affect workers in America, the question is frankly even more relevant for developing countries. Developing countries often compete on the basis of low-cost labour. What will happen when that path to development is cut off? While a small fraction of those in the U.S. can be expected to benefit extraordinarily from the new system, we can expect even fewer from developing countries to reap such rewards.

Comments Off on “Slacktivism” appears to be a real phenomenon

“Slacktivism” appears to be a real phenomenon

Struck by several things in Mario Macis’ presentation today at ASSA. He reported results from an experiment in which half of participants were randomly given the option to broadcast their donation activity to friends on Facebook using an app, “HelpAttack!”.

First item of note: out of more than 6 million Facebook users reached through advertizing, there were 2,000 likes and only 18 processed pledges. How sad!

Second: there were 0 additional pledges through network effects.

Additional results in the paper, but these stood out to me. It’s possible that one needs direct solicitation from one friend to the next in order to observe peer effects. Petrie and Smith, Jonathan Meer, and Catherine Carman have also apparently studied this question in alternate settings with more positive results.

I must admit to being disappointed at how, during the two crowdfunders AidGrade has done, people would routinely sign up to be notified when more data came out but at the same time would not be willing to contribute to the production of said data. It’s completely natural but a bit sad.

Attended an interesting session this morning on open access.

Interesting comment by David Card: is the increase in citations driven by something about Google search (i.e. does it help you FIND the articles?) or something about “access” (i.e. can you READ it more easily?)? Particularly relevant as most people don’t read the papers they cite….

Overall, it was nice to see economics catching up to some of the other disciplines in caring enough about open access to have a session on it. I suspect benefits to having openly available papers vary depending on the discipline as there are equilibrium effects.

Comments Off on Bitcoin as a function of increasing inequality

Bitcoin as a function of increasing inequality

Now that rewards accrue more and more to those at the very top, it’s understandable why people would speculate on bitcoin: “Go big or go home.” Not to mention having the disposable income with which to do this.

All that said, and while recognizing that the cryptocurrencies are a dangerous game, I think there’s one thing missing from the analyses of the currencies. They’re fun. I built a bitcoin mining rig in 2011, not thinking I would earn much money, but because I wanted to learn how to put together a computer from components and run it using Ubuntu. I don’t see what the big deal is with people getting bitcoin just to have some and not using it in transactions. Would you spend a good book or use it to transact? No, but it doesn’t mean your book is useless. I’m pro-bitcoin, even if it’s a bubble, without being into drugs or anti-government.

Comments Off on Google Glass review 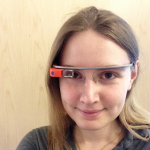 If you haven’t had the chance to play with it yet – it’s buggy and unable to do much yet. However, it seems like this is one of the times where the software can really make it. (What are e-readers without books? A laptop without software?) And I know of a lot of cool things being developed, like a Wii sports-like app from Alex Foster.

I like it and I’m excited for future, despite its current early stage. The price will have to come down substantially before it can take off, not the least because you don’t want to wear something so expensive while walking down the street.

Apart from that, I’ll quote my friend Vinci (of econometrics videos fame):

What’s it good for:
– HUD clock. Seriously, this is surprisingly useful.
– Directions. Works just like Google Navigation and makes you feel like a jet pilot.
– Calls. Which you can initiate with voice command. If you’re looking for a Ghost In The Shell experience, you got it.
– Snapping photos and videos. Quality is acceptable for Facebook.
– Google search. Too slow and voice-recognition is too inaccurate for practical use.
– That’s it, seriously. There is a reason why it’s for early adopters only.